Risch, the chairman of the Senate Foreign Relations Committee, has served in the Senate since 2008, when he was elected to fill the seat that was vacated by Sen. Larry Craig. An avid supporter of President Donald Trump, Risch was widely expected to win the race in the heavily conservative state of Idaho.

Jordan, a member of the Coeur d'Alene Tribe and a former state legislator, first gained national attention in 2018 when she unsuccessfully ran for Idaho governor against then-Lt. Gov. Brad Little. At the time, supporters hoped she would become the country's first Native American governor. She was elected to Idaho's House of Representatives in 2014 and served two terms before stepping down to run for governor.

Risch, 77, has a long political history in Idaho, serving as a state lawmaker, lieutenant governor and governor before he was elected to the U.S. Senate. He easily won reelection in 2014, defeating Democrat Nels Mitchell with more than 65% of the vote.

Risch did not campaign heavily, relying on his reputation as one of the most conservative members of Congress with the endorsement of groups like the National Rifle Association and the National Right to Life Committee.

He opposes the Affordable Care Act and has said he'll push to have the private sector, not the government, provide the bulk of health insurance plans and medical services. He's repeatedly blamed the Chinese government for the coronavirus pandemic, and has said the U.S. needs to learn to compete better with China in the world market. He's also worked for increased state and local control of public lands.

Meanwhile, Jordan won the endorsement of the National Education Association and EMILY's List, an organization that works to get Democratic women who support abortion rights elected. She also made the rounds with several news organizations across the state, bagging the endorsement of the Idaho Statesman newspaper in Boise and favorable editorials from other newspapers.

Just before polls closed on Tuesday, Jordan thanked her supporters and said she expected to lose the race but that her campaign accomplished a greater good by fighting for affordable health care and Idahoans who are struggling.

"We are facing a major crisis, but at the same time I know that this crisis can be addressed ... You are the ones who have the courage - that is true valor, standing up when you feel beaten, standing up for the voiceless and the vulnerable," Jordan said.

Idaho remains one of the reddest states in the nation, with Republicans holding every statewide office and the vast majority of the state Legislature. The state hasn't sent a Democrat to the U.S. Senate since 1981, when Sen. Frank Church left the office following more than two decades in Congress. 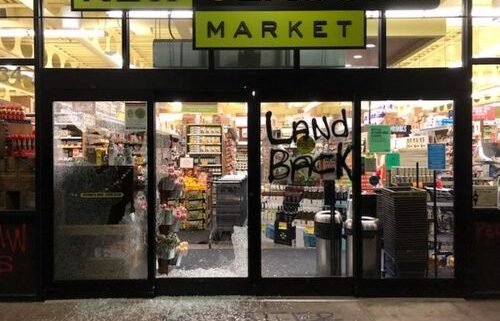